The last meeting of the Interim Decade Advisory Board, held on 29 November 2021, marked the end of the transition between preparatory phase to implementation phase for the UN Decade of Ocean Science for Sustainable Development 2021-2030 (‘The Ocean Decade’). 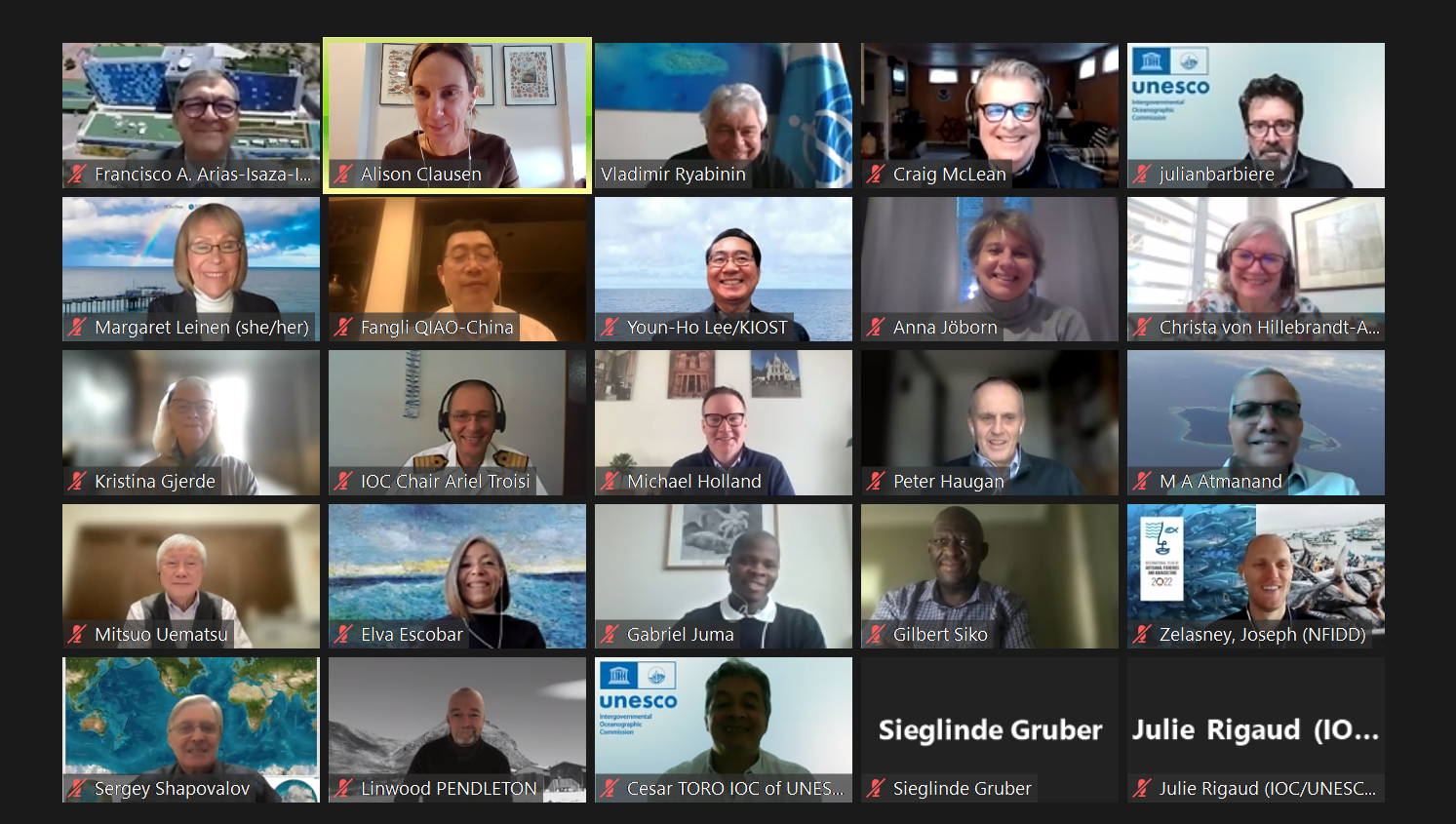 Formerly the Executive Planning Group (EPG), this group was established over the course of 2018 to guide preparations of the Ocean Decade. Its members were instrumental in the development of the Implementation Plan that is now guiding the roll out of the Decade.

The EPG was made up of 19 globally renowned scientists, tireless in their enthusiasm and efforts to help shape the rationale behind the Decade and transform that into the Decade Action Framework.

With the launch of the Decade in January 2021, the EPG was transformed into the Interim Decade Advisory Board (IDAB) and kept providing invaluable guidance to the review and endorsement of first set of Decade Actions and raising the profile of the Decade across geographical and sectoral boundaries.

“Quite simply the Decade would not be what it is today without the commitment and engagement of this remarkable team of scientists and practitioners,” said Vladimir Ryabinin, Executive Secretary of the Intergovernmental Oceanographic Commission of UNESCO, the entity overseeing global coordination of the Decade as mandated by UN General Assembly. “The IOC Secretariat and Decade partners everywhere are incredibly thankful to this group of thinkers for their time, energy, dedication, and intellectual contribution that turned the initial idea of the Decade into a reality.”

Members of the outgoing IDAB will pursue various avenues and are all poised to stay engaged and continue to provide invaluable advice and support to the Decade and its many partners and initiatives, including through the Ocean Decade Global Stakeholder Forum, launched in October 2021 as the central online space for interactions and co-design among the Ocean Decade community around the globe.

A new Decade Advisory Board is currently being formed to provide strategic advice throughout the implementation of the Decade. Stay tuned for announcements of the expert members of the Board and more details on the work they will be carrying out over the next two years.